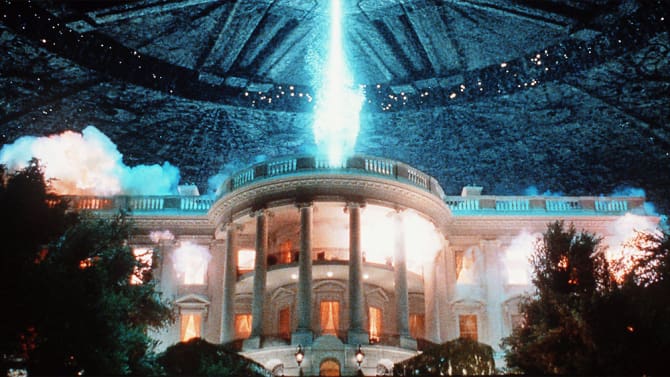 Nobody blows things up quite like Independence Day director Roland Emmerich. His 1996 alien-invasion epic left worldwide destruction before uniting the planet in a global assault – led by Will Smith and Jeff Goldblum – against a common enemy. Independence Day dominated the summer box office, holding the top spot for 72 days en route to becoming the second-highest-grossing movie of all time (at the time). For fans of classic disaster films, the VIP Shop is now offering a screen-worn Iraqi pilot jumpsuit from Independence Day’s battle for the planet! Click here for photos and more information – and check out all the props and wardrobe available immediately at the VIP Fan Shop!