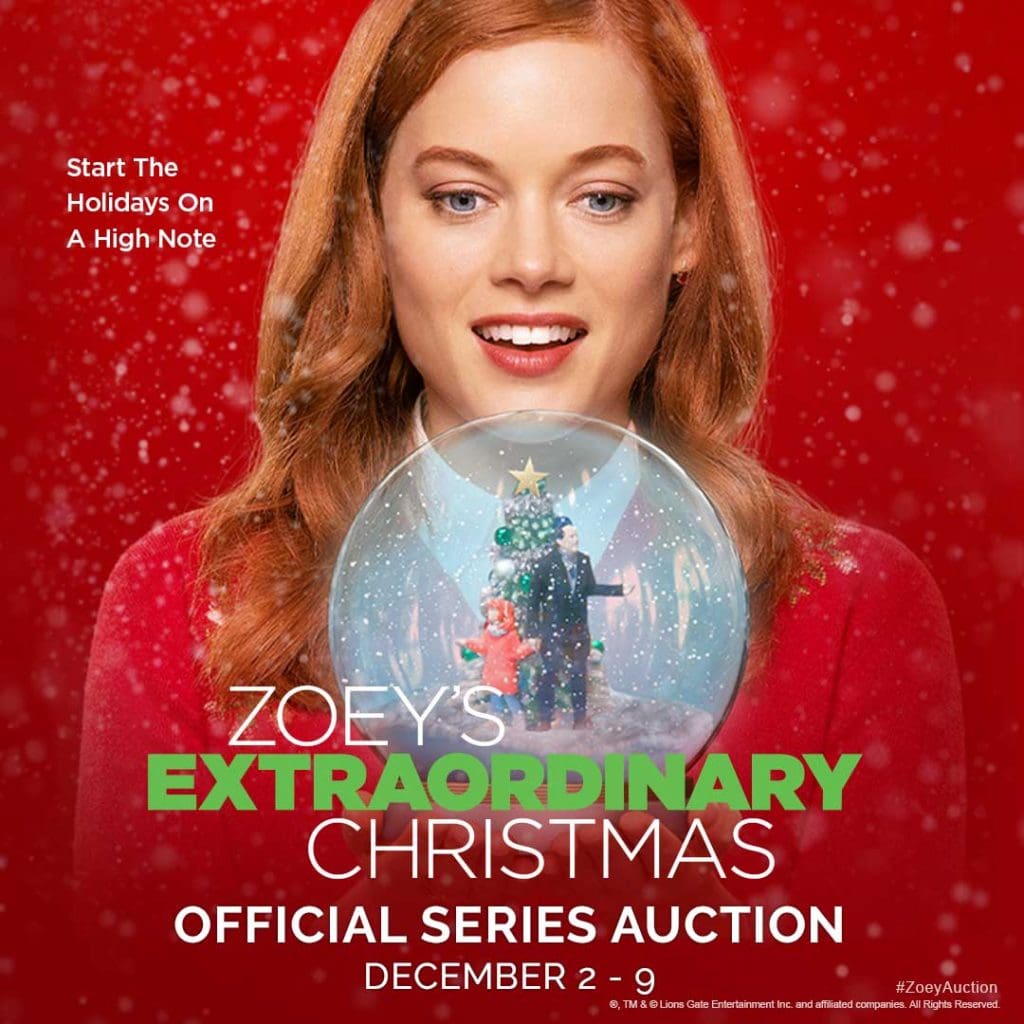 Zoey’s Extraordinary Christmas Streaming for Free on The Roku Channel.
Catch Up on the Entire Series.

Based on the award-winning series Zoey’s Extraordinary Playlist, Zoey’s Extraordinary Christmas is a musical dramedy film that follows the Clarke family’s first holiday together after their beloved patriarch Mitch has passed away. Zoey attempts to recreate the perfect “Mitch Christmas,” but finds that walking a mile in her father’s shoes is a lot more complicated than she ever imagined. 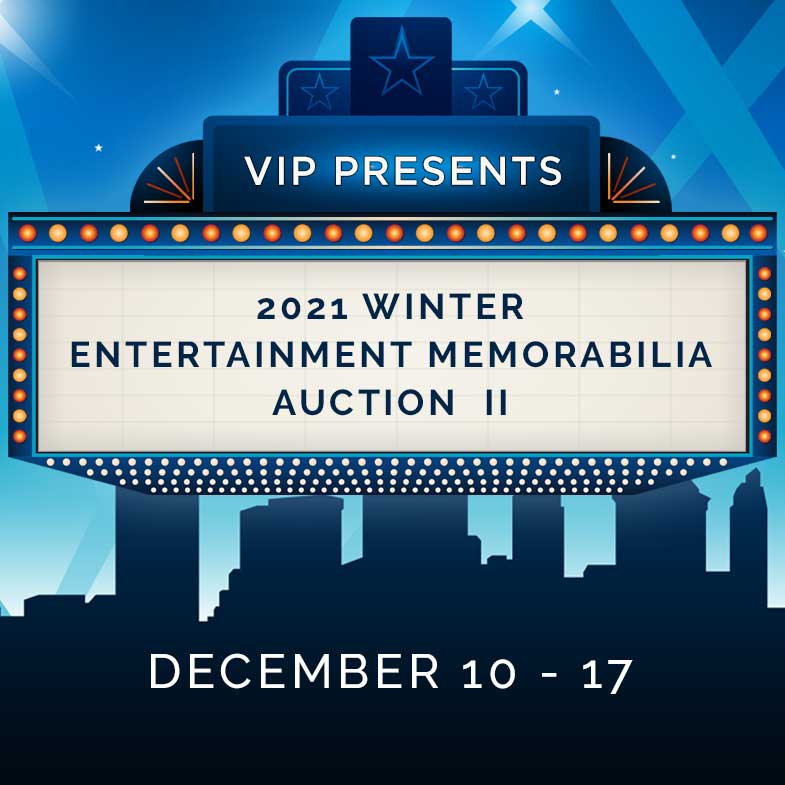 The Winter Auction will feature screen-used prop and wardrobe items from a variety of hit TV shows and movies. 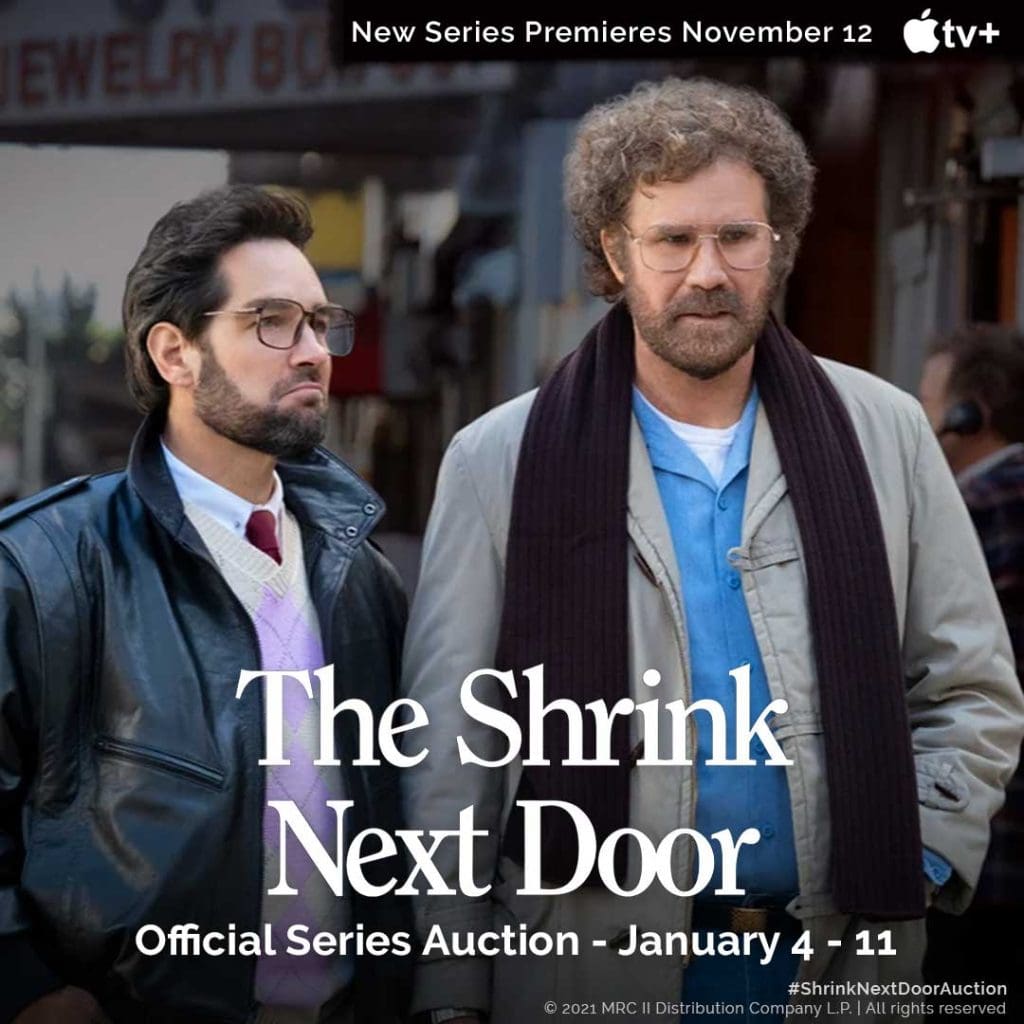 The Shrink Next Door Series Auction

The Shrink Next Door Series Auction features screen used prop and wardrobe items from the movie. All items come from the studio and include a Certificate of Authenticity.

Inspired by the true story of Marty and the therapist who turned his life around….then took it over. When he first meets Dr. Ike, Marty just wants to get better at boundaries. Over 30 years, he’ll learn all about them – and what happens when they get crossed.

The Shrink Next Door Premieres on Apple TV on November 12th! 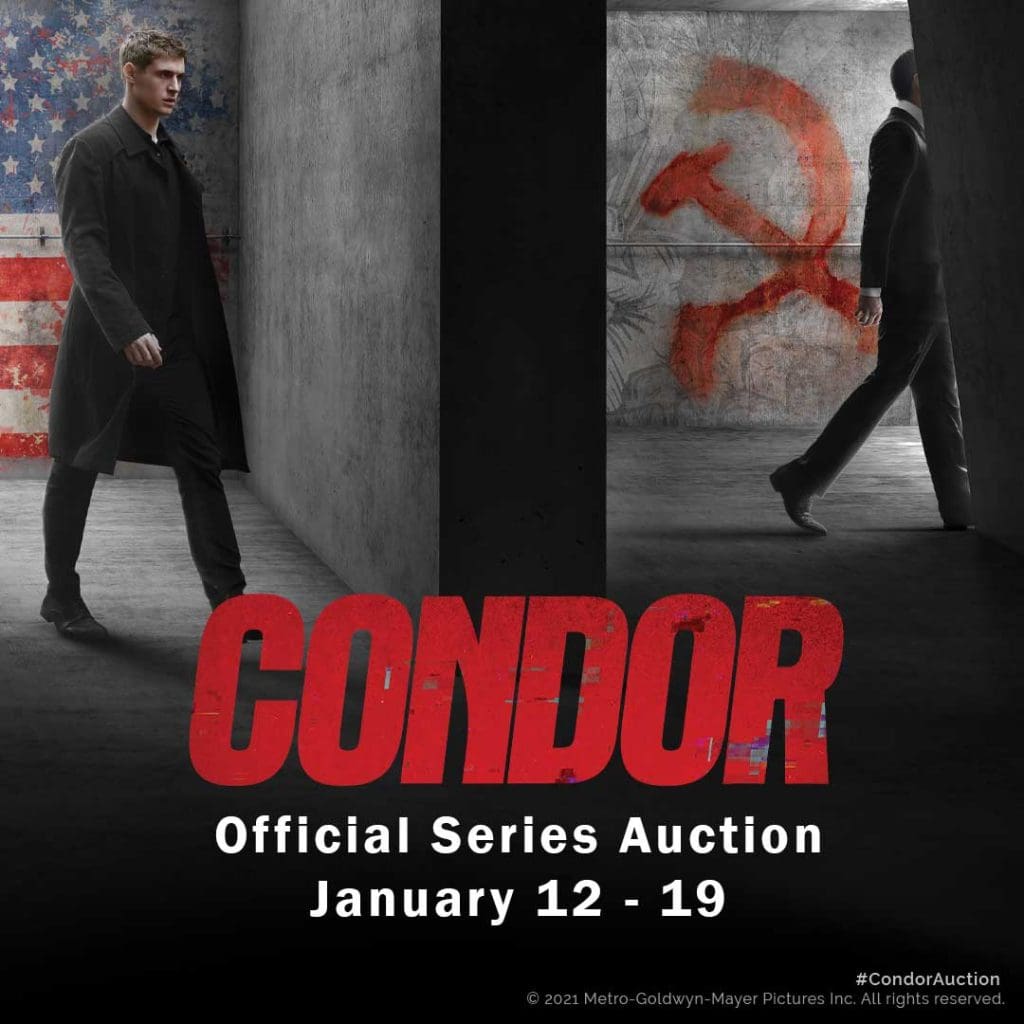 The Condor Series Auction features screen-used prop and wardrobe items from the series. All items come from the studio and include a Certificate of Authenticity.

Based on the novel “Six Days of the Condor” by James Grady and screenplay “Three Days of the Condor” by Lorenzo Semple Jr. and David Rayfiel, Condor follows CIA analyst (Max Irons) who stumbles onto a plan that threatens the lives of millions. Joe Turner has always been conflicted about his work for the CIA. But when something he’s discovered gets his entire office killed, leaving Joe as the only survivor and forcing him to go on the run, the theoretical reservations he’s harbored turn into all-too-real moral dilemmas. Under pressure, Joe will be forced to redefine who he is and what he’s capable of in order to discover the truth and to stop a plot that threatens the lives of millions. Starring Max Irons, William Hurt, Leem Lubany, Angel Bonnani, Kristen Hager, with Mira Sorvino and Bob Balaban and special guest star Brendan Fraser. Produced by MGM Television & Skydance Television, in association with Paramount Television. The series is internationally distributed by MGM. 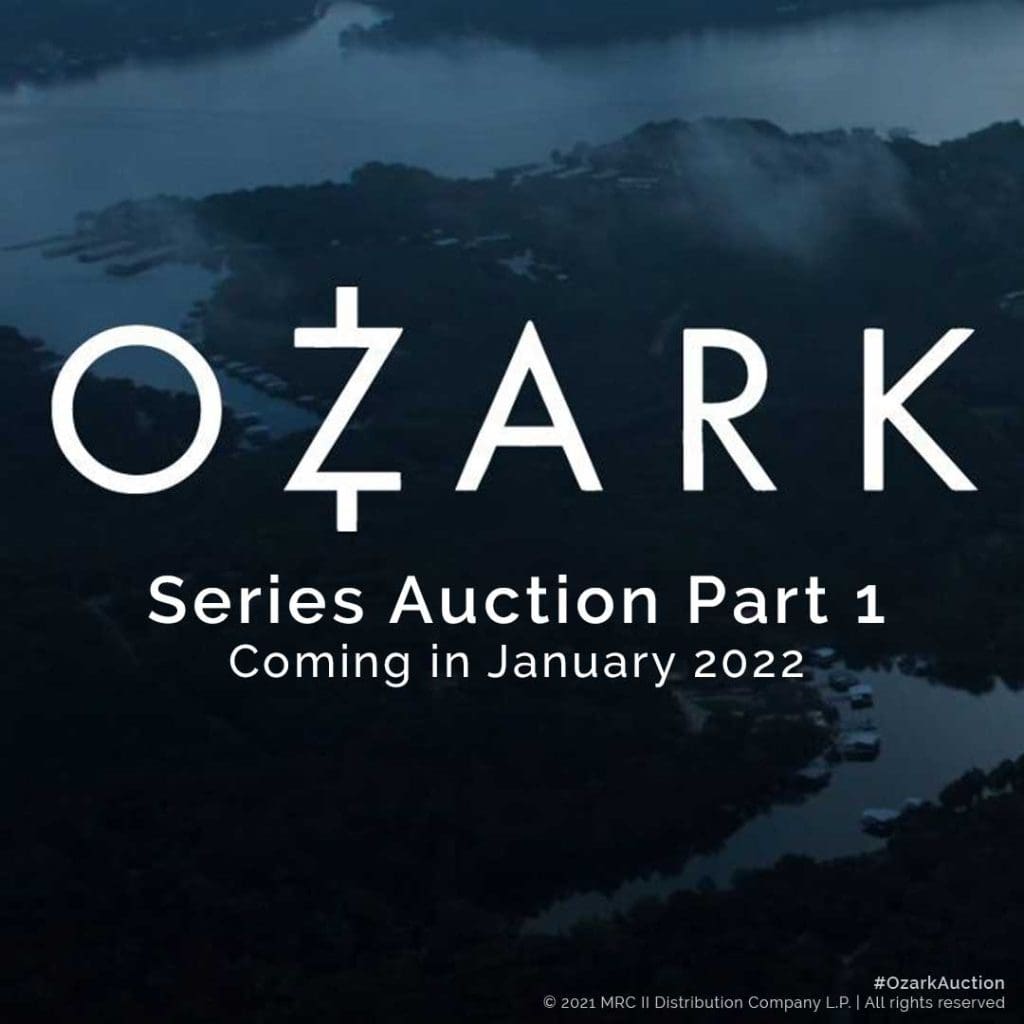 The Ozark Series Auction features screen-used prop and wardrobe items from the series. All items come from the studio and include a Certificate of Authenticity.

The Byrdes and their teenage kids, Charlotte and Jonah, are, for all intents and purposes, an ordinary family with ordinary lives. Except for the job of Marty, a Chicago financial advisor who also serves as the top money launderer for the second largest drug cartel in Mexico. When things go awry, Marty must uproot his family from the skyscrapers of Chicago and relocate to the lazy lake region of the Missouri Ozarks. 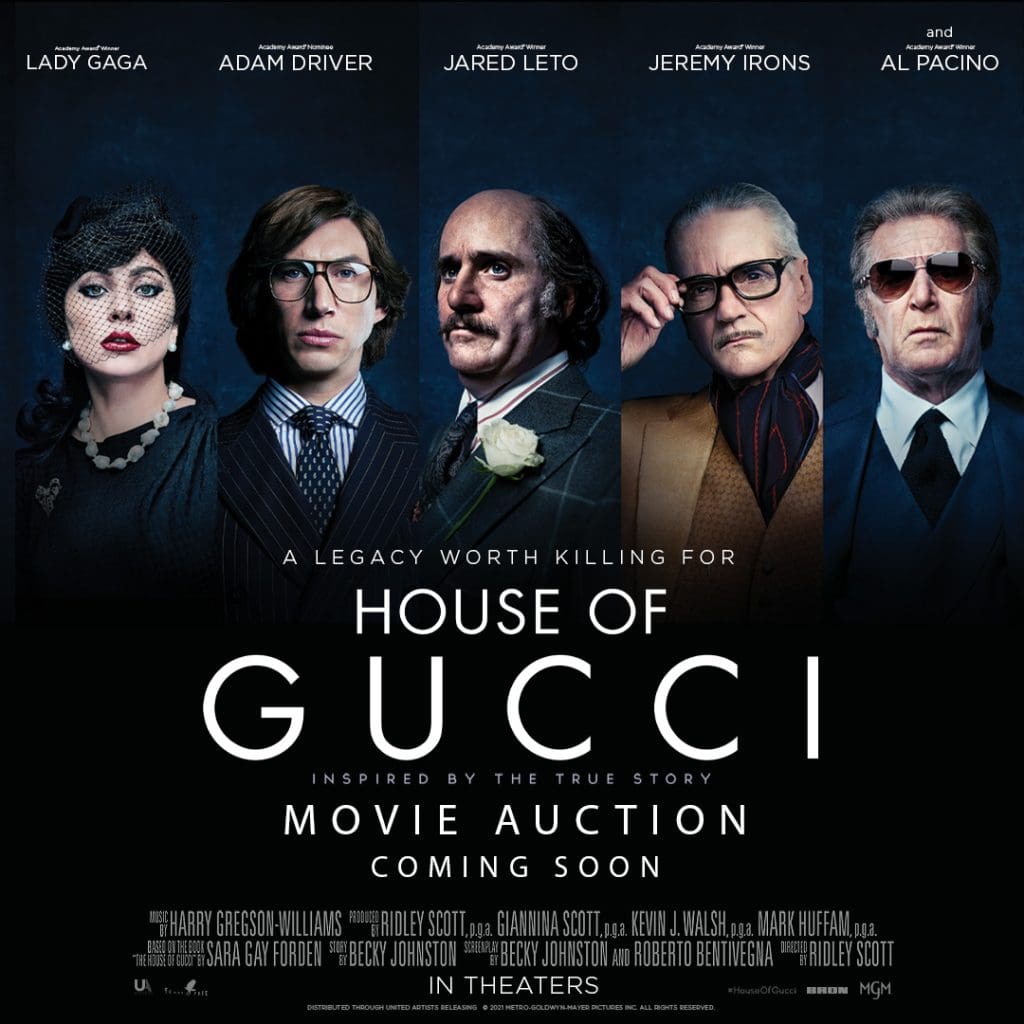 The House of Gucci Auction features screen-used prop and wardrobe items from the movie. All items come from the studio and include a Certificate of Authenticity.

House of Gucci is in theaters now

The Gucci family had it all. She wanted more. Watch the #HouseOfGucci trailer, starring Lady Gaga, Adam Driver, Jared Leto, Jeremy Irons and Al Pacino and directed by Ridley Scott.

The Samaritan Auction features screen used prop and wardrobe items from the movie. All items come from the studio and include a Certificate of Authenticity.

A young boy learns that a superhero who was thought to have gone missing after an epic battle twenty years ago may in fact still be around.
REGISTER NOW