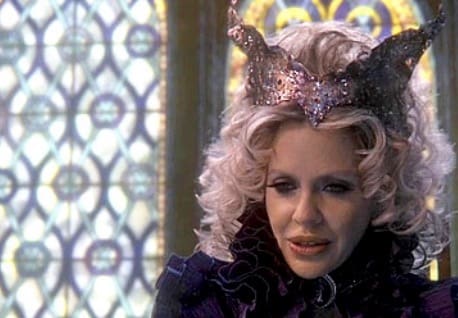 Mickey Mouse made his big-screen debut in 1928, and he sparked a magical world over the past 94 years that today includes Avengers and Droids, princesses and villains – and countless dedicated Disney fans around the globe. Five amazing Disney collectibles are also now available in the 2022 Winter Entertainment Memorabilia Event at VIP Fan Auctions:

Limited Edition Cinderella Storybook Jewelry Box: One of only 2500 created in 2003, this jewelry box is a stunning replica of the storybook that opens the classic 1959 film.

Cinderella “So This is Love” Music Box: This vintage ceramic, metal and plastic music box opens to feature a dancing Cinderella in a vibrantly colored case that includes its original package.

Maleficent’s Crown (pictured): This distinctive crown was worn on-screen in the TV series Once Upon A Time by Maleficent (played by Kristin Bauer van Straten) in the character’s lone appearance is glittering with rhinestones.

Little Mermaid’s Ursula Art: This limited edition mixed-media piece of Disney art depicts the “Poor Unfortunate Souls” sequence of the animated classic; it is #475 of 7500 produced.

Visit VIP Fan Auctions to see these and more than 100 other move and TV collectibles!