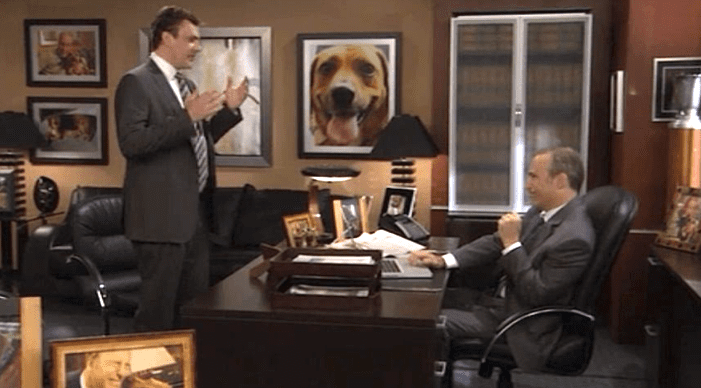 When a classic TV series features a legendary actor in a standout recurring role, the result is pure magic. When Bob Odenkirk (Mr. Show, Better Call Saul) appears on How I Met Your Mother as Marshall’s terrifying boss, “Artillery” Arthur Hobbs (at both Hewitt & West and later at Goliath National Bank) from 2008-2012, perhaps his most memorable trait is the affection (maybe obsession?) he shows for his beloved dog, Tugboat (whom his wife takes in a divorce during Season 6). One of the framed photos of Tugboat featured in Arthur’s office (pictured) is available for just $60 at the VIP Fan Shop to the first HIMYM fan to claim it. Click here for more information and claim your piece of the landmark sitcom today!

Tags: Bob Odenkirk, dog, How I Met Your Mother, photo