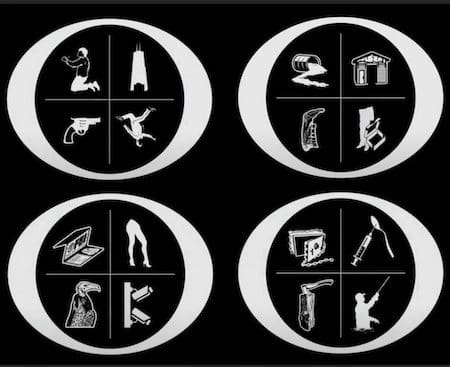 Over the course of four seasons, Ozark introduced millions of viewers to some of the most complex, unforgettable characters on television. With the show’s final season in the books, VIP Fan Auctions is now offering the Director’s Chair covers used during production by the cast who brought the series to life. Each Director’s Chair cover is black with white letters and features the name of the character on one side and the Ozark episode logo with fish, triangle, gun and body inside the letter O to spell out the name of the series (did you ever notice that? See image). Check out the list of available characters’ chairs below and click each for photos.

Click here to check out all the available props, wardrobe and more and join the bidding today – the Ozark auction is ending soon!