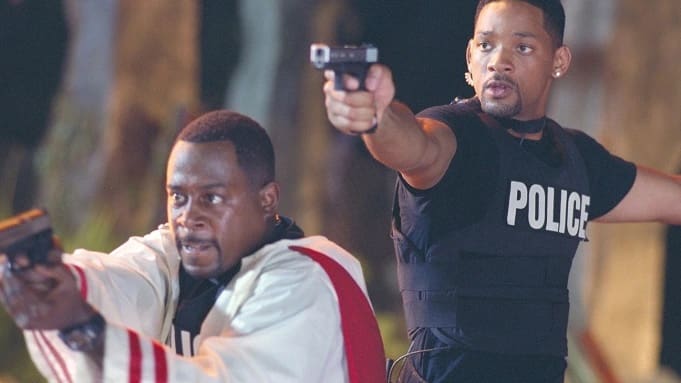 It takes a special kind of cop to serve on the high-tech TNT squad (Tactical Narcotics Team) of the Miami Police Department. In the 2003 blockbuster action flick Bad Boys II, loose-cannon detectives Mike Lowrey (Will Smith) and Marcus Burnett (Martin Lawrence) played by legendary actors were the driving forces of the TNT – but fans of the franchise have an opportunity to get in on the action with an authentic TNT squad shirt used in the production. The shirt, which features the TNT dagger emblem, was worn by various members of the team under their bullet-proof vests during the undercover drug-bust scene at a Klan meeting. One of these TNT shirts from the film is now available to the Bad Boys fan tough enough to wear it. It is available right now at the VIP Fan Shop for just $29.95 – click here for photos and more information, and claim your authentic piece of Bad Boys II today!