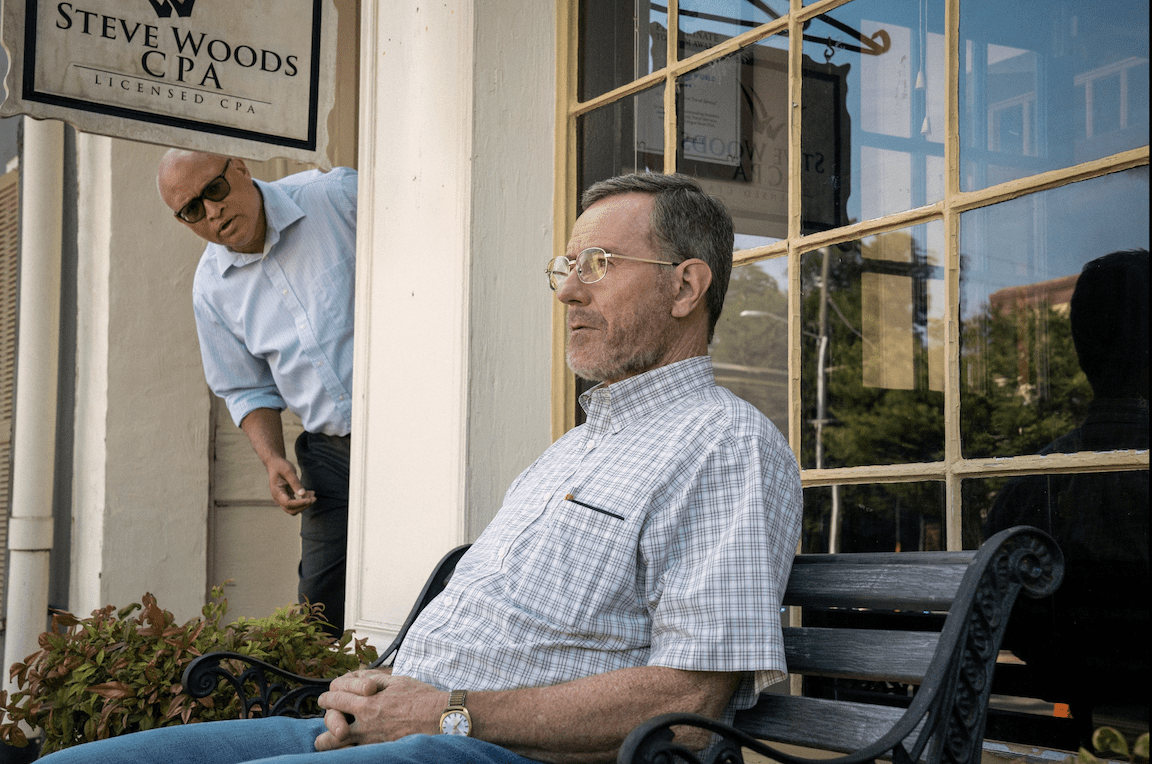 Whether you started following the career of Bryan Cranston as the dentist Tim Whatley on Seinfeld, father of five Hal Wilkerson on Malcolm in the Middle, meth-dealing chemistry teacher Walter White in Breaking Bad or U.S. President Lyndon B,. Johnson on Broadway in All the Way – it’s clear there isn’t a role he can’t master. Cranston continues to build on his amazing repertoire of character studies in the Paramount+ streamer Jerry & Marge Go Large, in which he takes on the role of real-life retiree Jerry Selbee, who discovered a loophole in the lottery that he mined for millions of dollars (all completely legally) for his family and community. VIP Fan Auctions is offering wardrobe pieces worn by Cranston on-screen, including Jerry’s trademark plaid short-sleeve button-up shirt, jeans, belt and sneakers ensemble (click here for photos and more information). Check out all the wardrobe and props (including the “Steve Woods CPA” sign, pictured) from the feel-good film at the Jerry & Marge Go Large auction site, and claim a piece of the legendary actor’s wardrobe today!