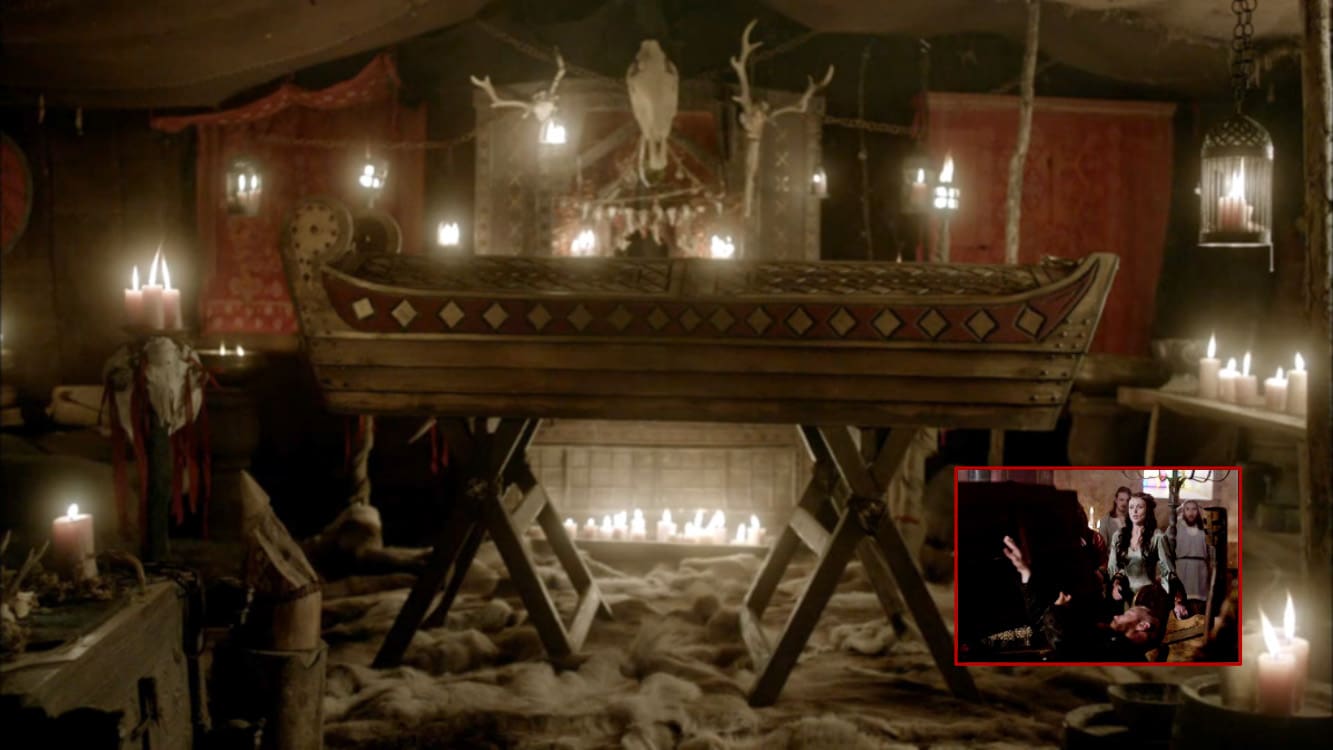 Rumors the third-season death of Ragnar Lothbrok (Travis Fimmel) were greatly exaggerated. Sure, Ragnar was legendary as a fierce fighter and brilliant strategist – and his eventual demise was inevitable – but if anyone wins while on death’s door, it’s king of the Northmen. In the third-season episode “The Dead,” Ragnar cheats death and uses it to secure another victory by traveling to the seemingly victorious Emperor Charles in a coffin (pictured) loaded with weapons, effectively rising from the dead (see inset) and allowing his fellow Vikings to raid Paris. Ragnar’s “Trojan Horse” coffin from “The Dead” (click here) is now available to the Vikings fan who casts the winning bid at VIP Fan Auctions. Claim your pivotal piece of Vikings – and a phenomenal conversation piece to add to your collection – by visiting the Vikings Kings and Queens auction page today!