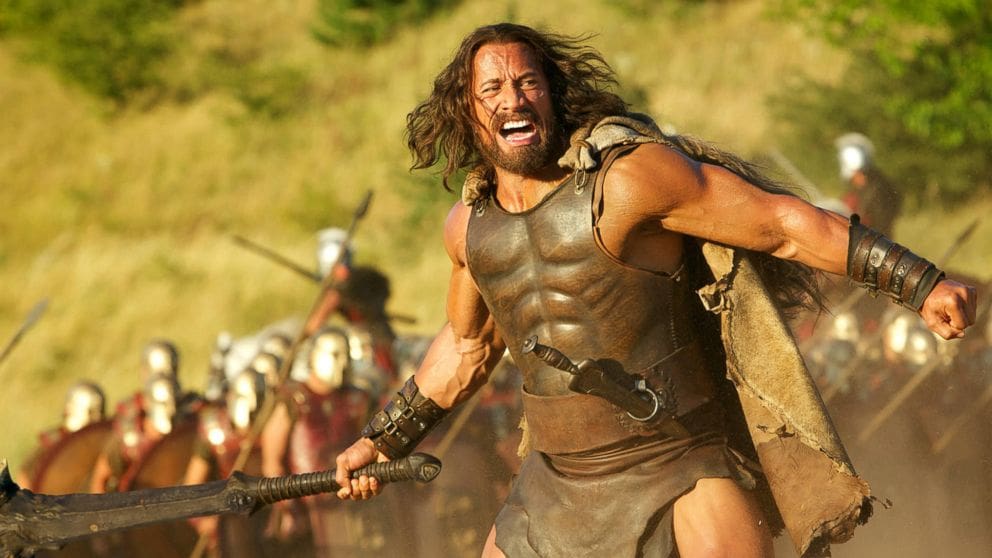 The 12 labors of Hercules have turned into dozens of productions – including two feature films in 2014 alone, and the character is the prototype for virtually every muscle-bound action hero ever created in movies, television, literature and comic books. The demigod’s exploits have been featured on the big screen in multiple languages since the 1950s – and portrayed by some of the biggest names in Hollywood, including Dwayne Johnson, Arnold Schwarzenegger, Lou Ferrigno, Ryan Gosling and Kevin Sorbo. The character continues to be a source of wonder and inspiration, and The VIP Collector Shop has five signature pieces from the 2014 films. Items now available include a production-used script from the MGM film starring Dwayne Johnson (click here for photos and more information), the vicious bone whip used by Sitacles (Peter Mullan) in the film (click here) and armor, tunic and loincloth worn by Aksel Hennie’s Tydeus (click here). VIP also has wardrobe from the other 2014 film, the Legend of Hercules, including the armor, cape, cuffs and sandals worn by Scott Adkins’ evil King Amphitryon (click here) and another set of the king’s armor, boots and tunic (click here). These items are available immediately (no bidding required), so visit the VIP Collector Shop for photos, pricing and more!