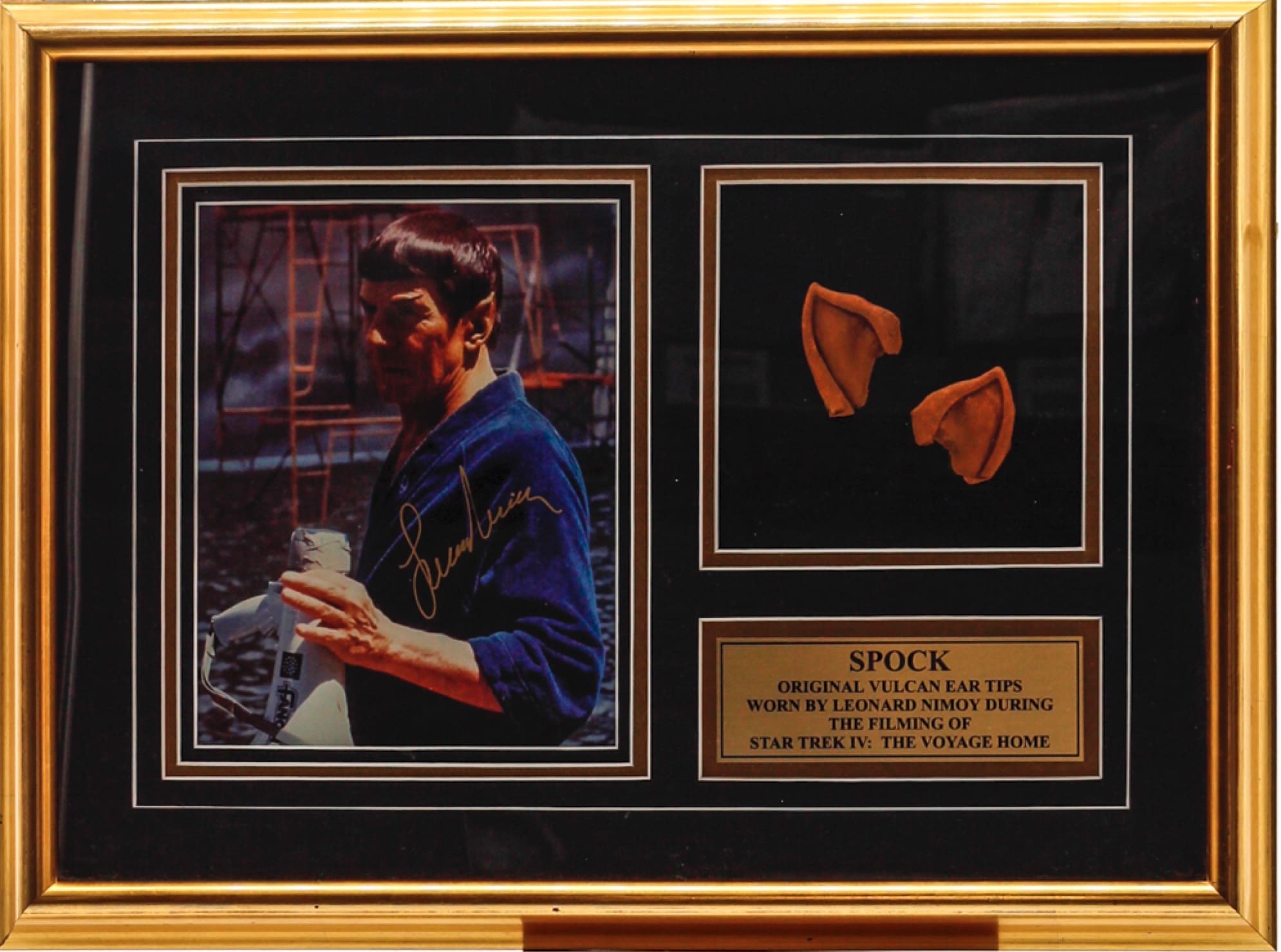 Star Trek has entertained and inspired legions of fans over the course of the seven decades it has been on television and the big screen since the original series debuted in 1966. The vision of creator Gene Roddenberry continues to resonate and artifacts from the various incarnations of Star Trek are among the most sought-after collectibles in science fiction fandom. Now available in the Winter Entertainment Memorabilia Auction powered by VIP Fan Auctions are some truly epic pieces of Star Trek history, including a pair of the most famous prosthetic ears in the universe! Check out these three intergalactic treasures on the auction block until Dec. 8:

Mr. Spock’s Ears: A pair of prosthetic ears worn onscreen by the late Leonard Nimoy in the 1986 film Star Trek IV: The Voyage Home! The ears are displayed (pictured) along with an autographed photo of Nimoy from the set – click here for more information.

Enterprise: The uniform worn by head guard Chris Freeman in the trellium mine in the Delphic Expanse during “The Xindi” – the third-season premiere of Star Trek: Enterprise is unmistakable. The screen-worn costume consists of a leather shirt and pants with distinctive design instantly recognizable from the episode.

Spaceship Blueprints: Multiple sets of blueprints from various ships in the Star Trek universe offer a rare glimpse into the inner-workings of the USS Enterprise, Klingon Scout Vessel and a Cargo Shuttle.

If your space saga tastes favor Star Wars, Battlestar Galactica or Buck Rogers in the 25th Century, the Winter Entertainment Memorabilia Auction has something for every galaxy! Boldly go to VIP Fan Auctions and join the bidding today!