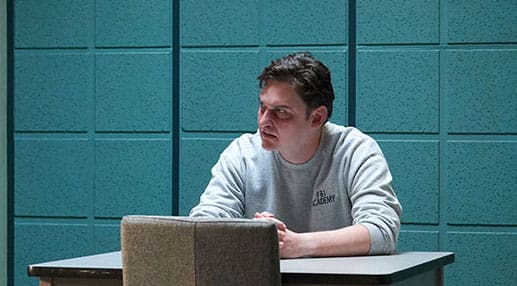 There is one constant in television and film depictions of FBI training: the sweatshirt and sweatpants combo worn by agents! Condor carries on that proud tradition and VIP Fan Auctions is letting fan in on the action by offering Gordon Piper’s gray sweatpants and sweatshirt that says “FBI Academy” (pictured) as well as a blue shirt with “FBI” on the chest. One set was worn by the stunt double (click here), while another was worn in multiple episodes by actor Toby Leonard in the role (click here). Don’t miss this chance to own some cool FBI training gear straight from the set of Condor – and click here to see all the available wardrobe, including designer suits, dresses, jackets and more at the Condor auction page!